CALL US FIND US
Home » Porsche 911 VS. Porsche Cayman

The Porsche 911 shines in a sea of sports cars. The brand name brings excitement on its own. The Porsche Cayman is a surefooted competitor, racing after the 911 to prove that its style and its performance are also first rate. Here’s a simple comparison to help you get to know these two siblings.

Porsche began producing the 911 high-performance sports car in 1963. While much technology has changed over the years, the general concept has changed the same. The car is still a sexy two-door coupe with two wheels on the road and two on the racing track. 911 editions come in an impressive array of coupe and convertible styles including eight Carrera varieties, two Targa variants, four Turbo editions, and the 911 GT3 RS.

Providing a racy competitor to the 911, Porsche Caymans arrived in 1996. These sleek two-door coupes are named for a small, powerful alligator-like reptile. Current models come in 718 Cayman and 718 Cayman S styles as well as the related Boxter convertible.

Porsche 911 was called the best premium sports car on the market by Car and Driver in 2015. Proving its quality, it has earned the top spot in the JD Power Initial Quality Survey for five years in a row. The industry analyst declared it top Midsize Premium Sporty Car every year since 2012. The car won the same prize in the APEAL study last year.

The Porsche Cayman has earned a spot on the Automobile All-Stars list from Automobile Magazine as well as many other awards through the years. In 2014, the 911 Targa took home the Golden Steering Wheel Award for best new car while the Cayman GTS won for best sports car. Regardless of Porsche choice, there’s no doubt that these vehicles are a good long-term investment. Whether the Porsche is sold in a few years or held for decades, resale values remain steady for 911 and Cayman editions.

Caymans have a midengine setup. The two turbo choices offer 300 or 360 horsepower. The seventh-generation Porsche 911 engine is a rear-mounted six-cylinder boxer. This benefits from an all round independent suspension. Until 1997, the original engines were air cooled. In 1998, engineers switched over to water-cooled technology. Early Porsche cars claimed as much as 158 horsepower. To give you an idea of performance today, the 2013 Porsche 911 turbo cranked out 520 horsepower while the Turbo S cranked that up to 560 horses.

Adding to handling prowess, Porsche rear-wheel steering actually turns the rear wheels in a different direction than the front wheels during low speed driving. Essentially this shortens the wheelbase for better control. When it turns the wheels together at higher speeds, it lengthens the wheelbase, again improving control.

ALM ROSWELL IS YOUR PORSCHE HEADQUARTERS

You’ll find the used Porsche 911 and Porsche Cayman in the large inventory at Atlanta Luxury Motors Roswell. Perhaps a test drive is in your future.

BLUETOOTH?
Yes- Available on most models. 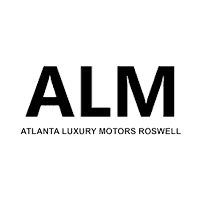